So I was at home recently and managed to squeeze in a quick little “hulo” to my little niece, who was standing with Gran and Pops, mouth “agog” at the size of the bus I was about to come out of.  I saw her and she was all excited!  With a sweet little perfect banana shaped smile and ready to bolt toward me when suddenly all that animated expression fell and she suddenly looked unsure.  She had spied some kind of bearded monster emerging from behind me that she hadn’t expected.

She was told and Gran had said, “Now, Uncle Nick is coming too, do you remember?  He was here at Christmas.”  And although she said “yes” she wasn’t listening because she was too busy building stuff.

Anyway, it didn’t take long for her to come round.  And especially when, quite forcibly, she insisted Nick was on her toy telephone and furthermore she insisted it was him calling to himself and he should take the call.  She was rather amused (but also slightly bewildered) at the rather convincing telephone conversation he had with himself.  It confused her a little because he did it so convincingly that she would take the phone away saying, “Hello?  Hello?” into the speaker, then come back through shouting, “NICKY!  NICK!  NICKY!”  and he was forced to speak to himself again, which I think eventually was a little frustrating because his tea was out on the table and was getting cold and as he told himself on the phone, “he really did have to go now because his dinner was getting cold...but take care, yeah…(he must have told a joke to himself because he laughed at this bit)..yeah, you too….bye now, bye.”  And the end of that conversation seemed to satisfy Amber for a while. 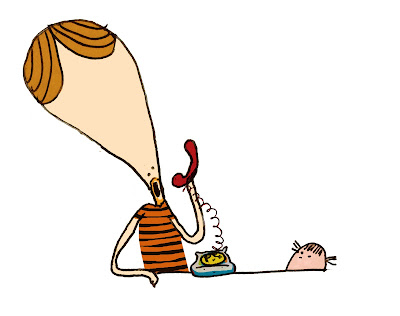 We have a funny little relationship, my niece and I.  She now knows I must be connected in some way to the people she knows, but I don’t think she knows quite in what way.  I’m not there all the time, but see her often enough that she remembers who I am and sometimes talks about me when I’m not there.  She knows I use a plane to come to see her, but sometimes I emerge from within her Gran’s house from “up the stairs” (the place she’s not really allowed to go).  If I happened to be home and she was there, I did stop calling her name from upstairs and slowly tiptoeing down to meet her because it did dawn on me that to someone who wasn’t expecting it, this could be really rather creepy in a sort of nightmarish way.  So I stopped doing it.

She can see I’m taller than her which should mean I have some kind of authority, but I make my body move in weird ways and sometimes tell her what we’re going to do but in song using  a Mr. Bean sort of voice.  And I tend to ask her things and talk about things that make her go “What?”, “Eh??” a lot because they don’t make sense to her.  I’m not sure she knows quite what I am.

When we were walking back home from the bus stop I was stomping ahead of my niece, directing her down all the right paths.  I was showing her the correct way of walking was leaning back at a slight right angle (leaning forward at the same degree also works well) fixing your arms into sharp "L" shapes and swinging them to a beat that’s in your own head in a robotic fashion, and then moving the legs in a piston type movement, marching up and down making sure the knees reach as high as a 36 year old human can.

After I was walking along the street like this shouting in a kind of Mr. Bean tone, “THIS WAY!  THIS WAY AMBER, THIS WAY!!”, I heard from the distance this tiny, but frighteningly mature little voice peep, “You’re Silly”.  That’s from a two and a half year old.

I just said, “What are you talking about?  This is how I walk”. 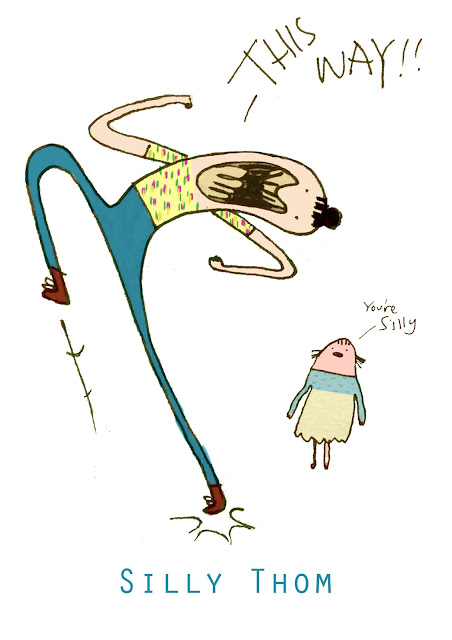