Monster from the Deep (and Spinning Around)

Unfortunately for The Heid, I can be annoying for most times, in a kind of, “slightly wrong in the head” kind of a way.

The first one this evening was as he was straining the mixed veg over the sink, I popped my head in-between his view of what he was doing, the strainer and the “smoke” (although as Heid corrected me, the steam, which is really what I meant but it came out as “smoke”) and made some kind of crusty old gurn face and asked if I looked like a “monster from the deep”.

The “smoke” was just asking for a monster type gurn face to be put in it. 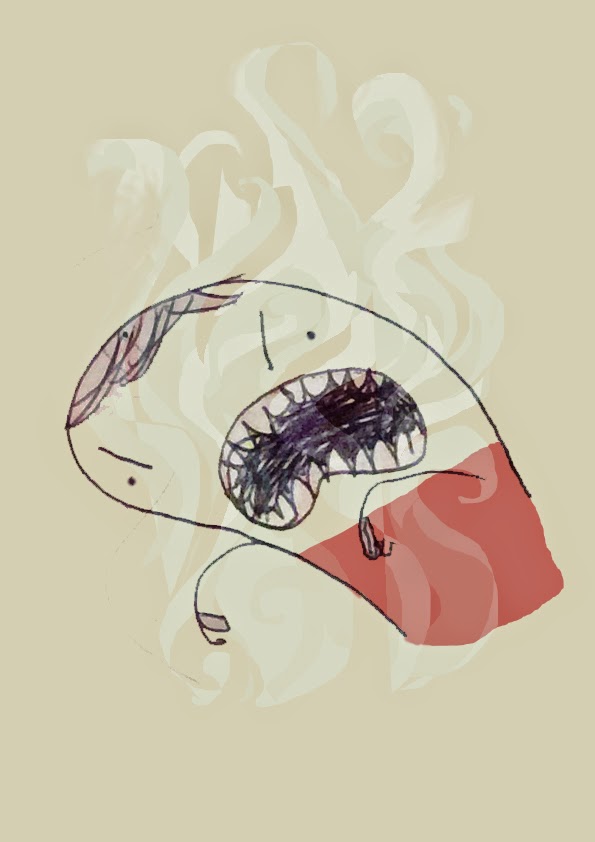 The second evolved into a very long winded process.

The simple request was, “Thom, could you pass me a couple of bowls?”

Rather than acting upon the simple ask, I proceeded into a “what would you do” scenario.  So instead of replying, “Yes my Heid.  I shall pass ye the bowledge” I instinctively began turning in circles and in this episode of “What Would You Do” I said,

“What would you do if I had a disease that meant I couldn’t stop turning round in circles?”

And so, frustrated Heid stood at the cooker, still bowless, as I tried to pick the two bowls from the dishwasher while turning round in circles.

(And incase you’re wondering what Heid’s answer was to “What Would You Do” it was, “I wouldn’t be here to answer that question”)
Posted by Unknown at 15:36