So the Belfast show has been and gone, and a good time was had by all.  Especially Carl Weathers who ended up chatting to my Dad about the disaster of earthquakes that are becoming increasingly more frequent in California.

One of the joys of having a table at a Con is enjoying the reactions of folks. Both good and bad.

“All Things Thom” is probably the most genuine, creative thing, coming straight from my little Thom insides, that I do.  I dabble in fairly realistic figure work, it’s something that I can do, but all my Thoms are a total relief of getting the nonsense that bangs around in my heid out.  It’s actually a need that I have to get them out and allow them to live in the world.  So it doesn’t really make a difference as to what kind of reactions I get.  As long as they keep living in me and saying the stupid stuff they do, it’s my duty to sick them up and get them out.

Painting for me takes a LOOOONG time.  My day to day studio work is so intense that to come home and “do a Thom” is as much of a relief as it would be to “do a dump” after being a fatty and stuffing your face on rubbish.

At the Con, it seemed particularly evident that it wasn’t always obvious to folk that I was the one behind the Thoms.  And I’m pretty sure I’m right in thinking this as I’m sure some faces wouldn’t have looked quite so disgusted, and the negative remarks been quite so loud had they known.

But perhaps maybe they would.

I don’t have a beef with that.  It’s rather fun feeling slightly invisible and being able to witness someones gut reaction to what you’re trying to do.  I don’t want to be a middle man.  Anything I do I don’t want it to be “Ok”.  Either love it or think it’s shit.  I just like when you have the bollocks to stick by what you think.

So here are some Thom testimonials that it was a pleasure to witness, whether the people knew I was the Thom or not… 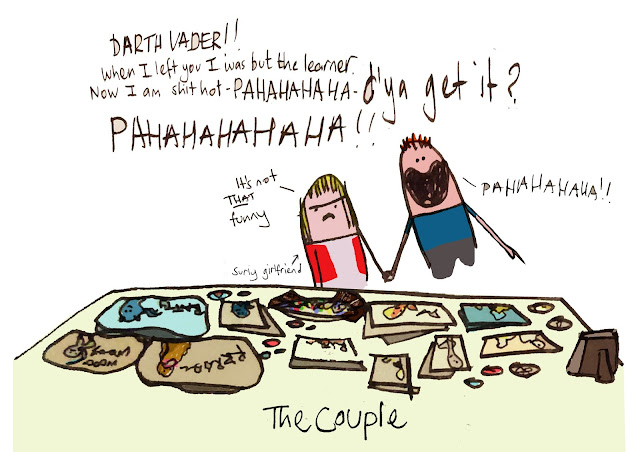 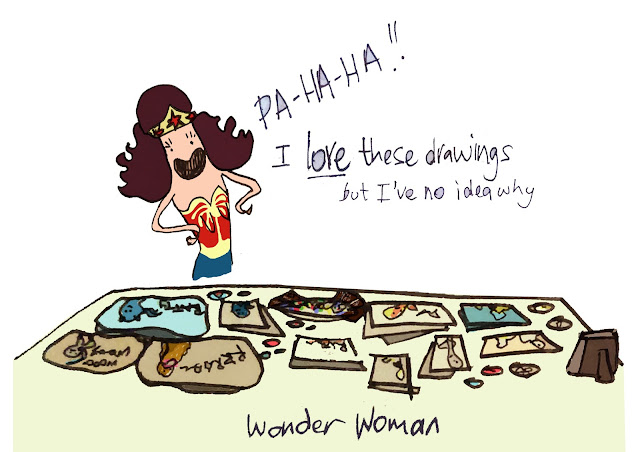 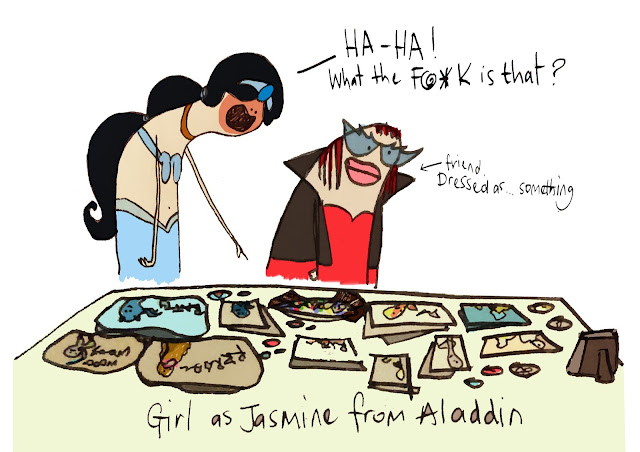 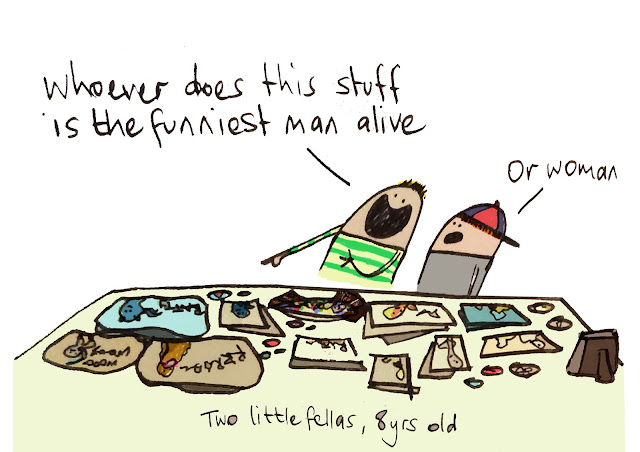 ...that little kids response!  Brilliant.
Posted by Unknown at 04:01